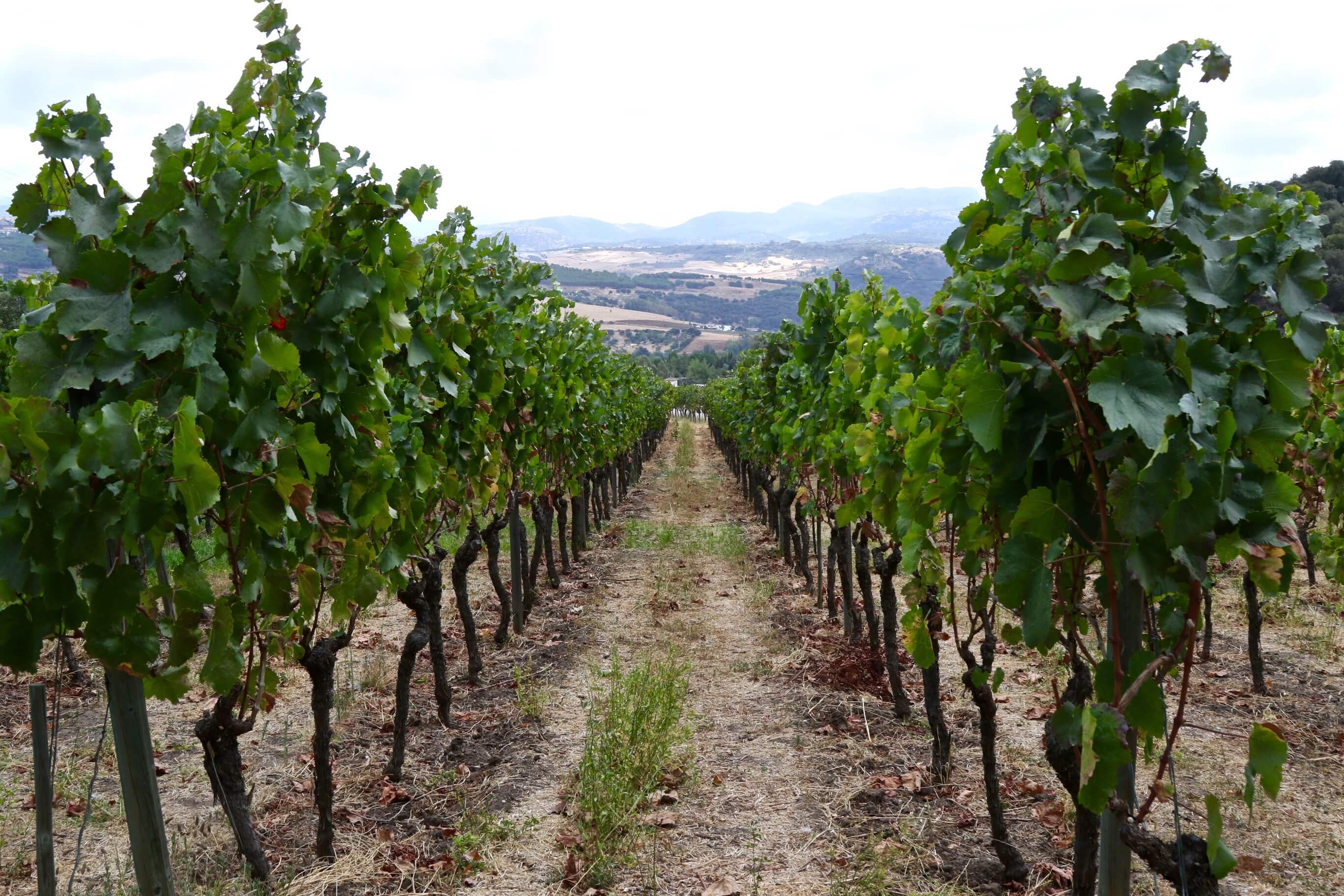 When asked to conjure up the world’s top culinary destinations, it’s likely that Italy, France, or even somewhere such as Thailand comes to mind. My favorite culinary destination happens to be the one I hear people associate least with this distinction. And yet, Spain reigns supreme on many levels for its culinary prowess. Spain boasts incredible countrysides, seascapes, and vibrant culture that pairs perfectly with its world-class wines. Spanish culture could be described as Epicurean – they know how to make an art out of eating and drinking!

What makes Spain’s cuisine so special?

Aside from foreign adaptations of tapas, Spanish food often flies under the international radar. And yet, in my many years leading trips, I still find the food on the Iberian peninsula to be the freshest I’ve ever tasted. There’s a reason I lead an annual Delectable Destinations tour to Andalucia, Spain’s southernmost region (more on that below). Spain’s food is simply fresher than most other European countries, thanks to incredible local produce grown with intention and smaller-scale farming practices.

Spain’s unique geographic positioning gives it a culinary edge.  Its mainland touches France, Andorra, and Portugal, and is flanked by the Mediterranean on the south and east and the Atlantic on its Western side. Tapas, paella, and meats, oh my. These are likely the foods that come to mind when you think of Spanish cuisine. Spanish cuisine is more nuanced and diverse than it receives popular credit for. Its aforementioned unique geographic positioning means that Spanish cuisine has elements drawn from many culinarily diverse cultures. Interested influences abound, with African elements that can be traced to Moorish invasions, and French influence near Basque country. Spain’s cuisine is perhaps as distinctly Mediterranean as it gets! Which brings us to our next point… 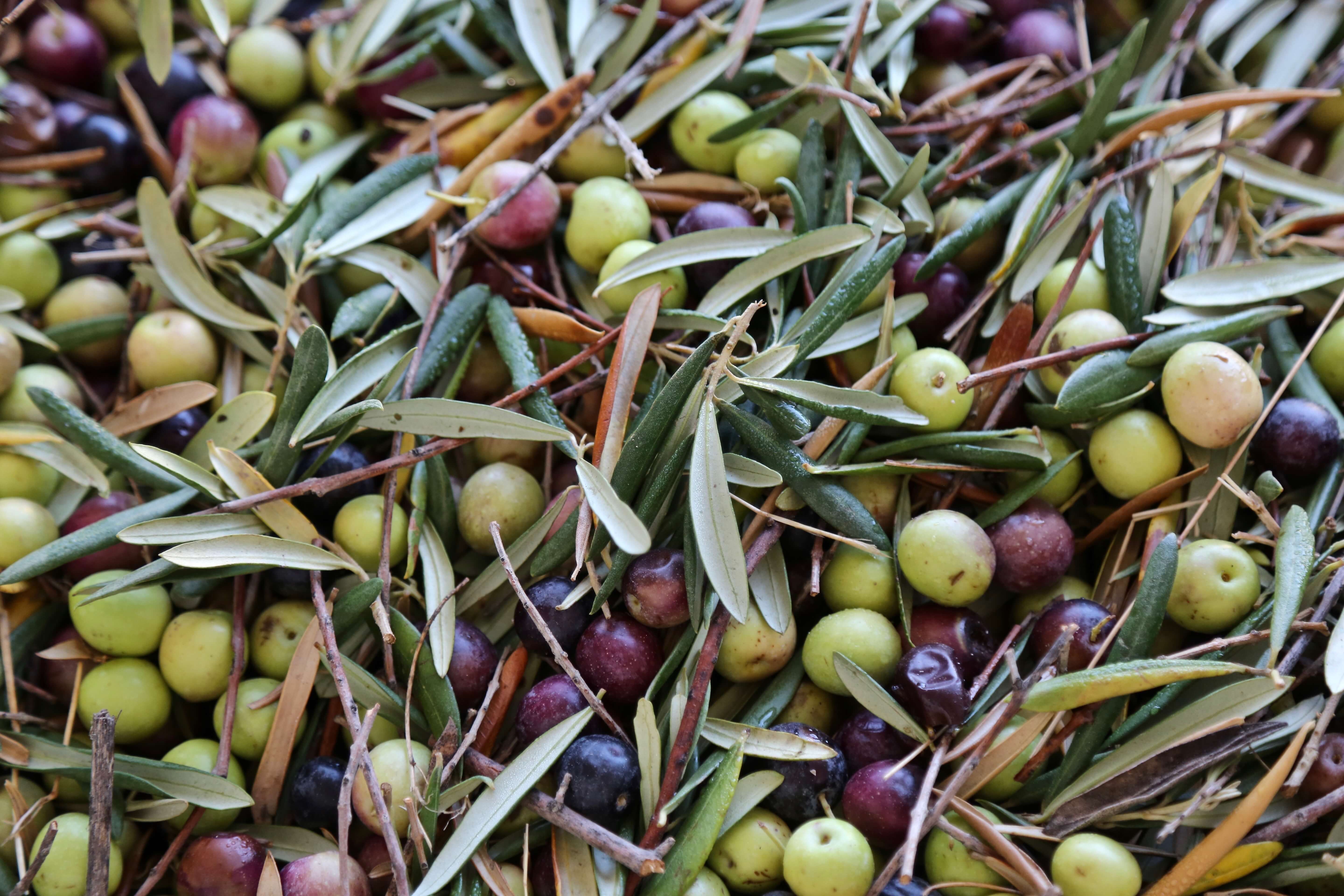 Olive oil and olives, oh my!

Move over France – did you know that Spain also incredible wines? World-class vineyards can be found all over Spain, and some of our favorites are in the region of Andalucia. If you’re interested in viticulture, one of our favorite areas is the historic region of Ronda. The area is known for epic landscapes and sprawling, picturesque vineyards. Our visit includes lunch at Ronda Centro, a cliffside town with a view to rival its culinary prowess. La Rioja in northern Spain is another excellent, and perhaps the most famous, wine and cultural destination. A trip to the region isn’t complete without a visit to the UNESCO World Heritage Suso and Yuso monasteries in San Millán de la Cogolla. This is one of our favorite aspects of Spain – along with its culinary gems, you inevitably discover remarkable culture along the way. Wine first, visit a historic church later, or perhaps the reverse? 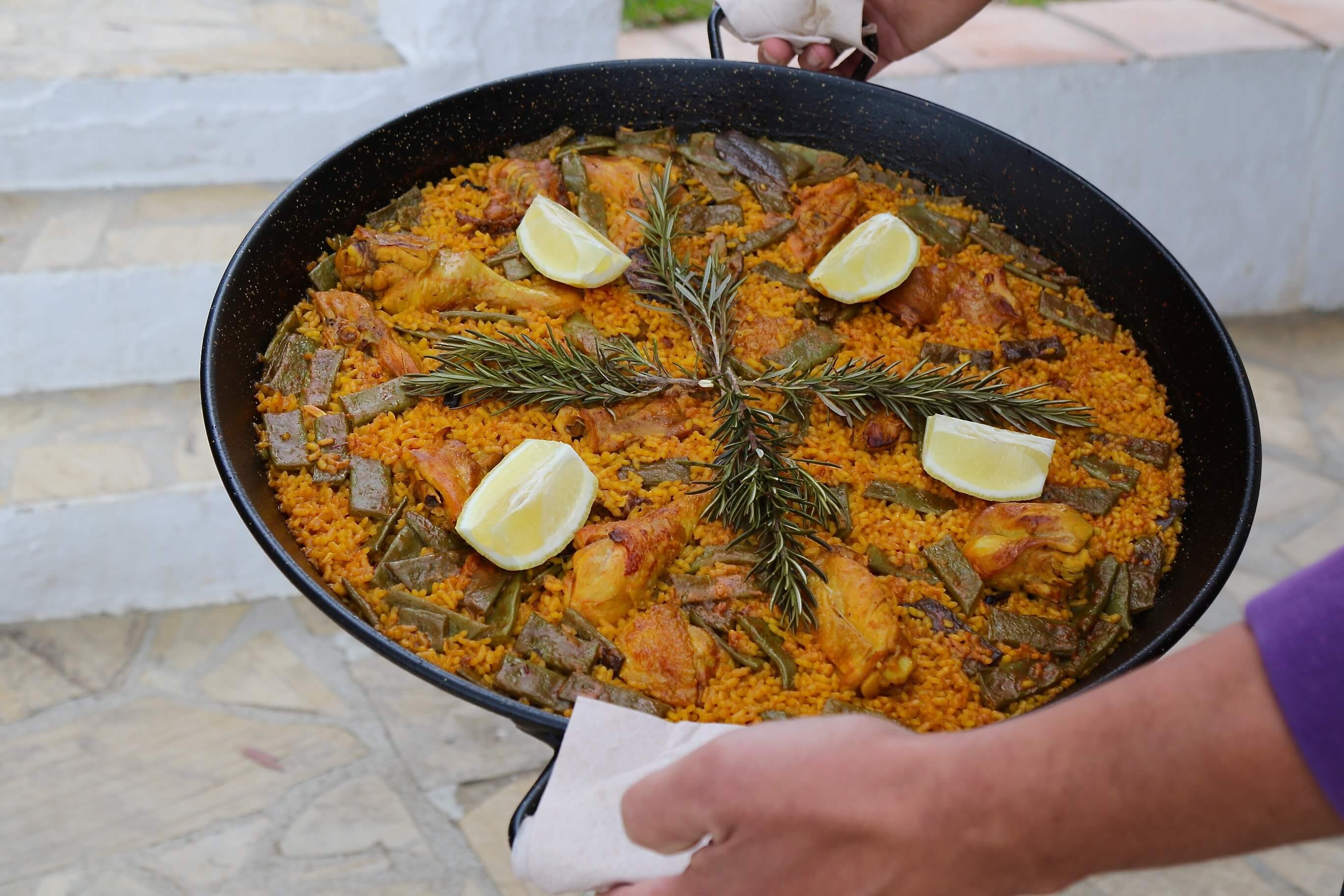 Need we say more? Paella is a delicious, rice-based Spanish dish that is also fun to learn to make. Paella can be found over much of Spain but originated in the region of Valencia on the Mediterranean coast of Spain. Delicious with fresh seafood or Spain’s signature meats, paella is not to be reduced to a “simple rice dish.” On our Spain trip, we learn to cook the dish in the vibrant town of Malaga, which is also home to the Atarazanas Central Market. A visit to this market, or really any authentic Spanish market, is a full-on sensory experience that’s essential to any culinary experience of Spain. 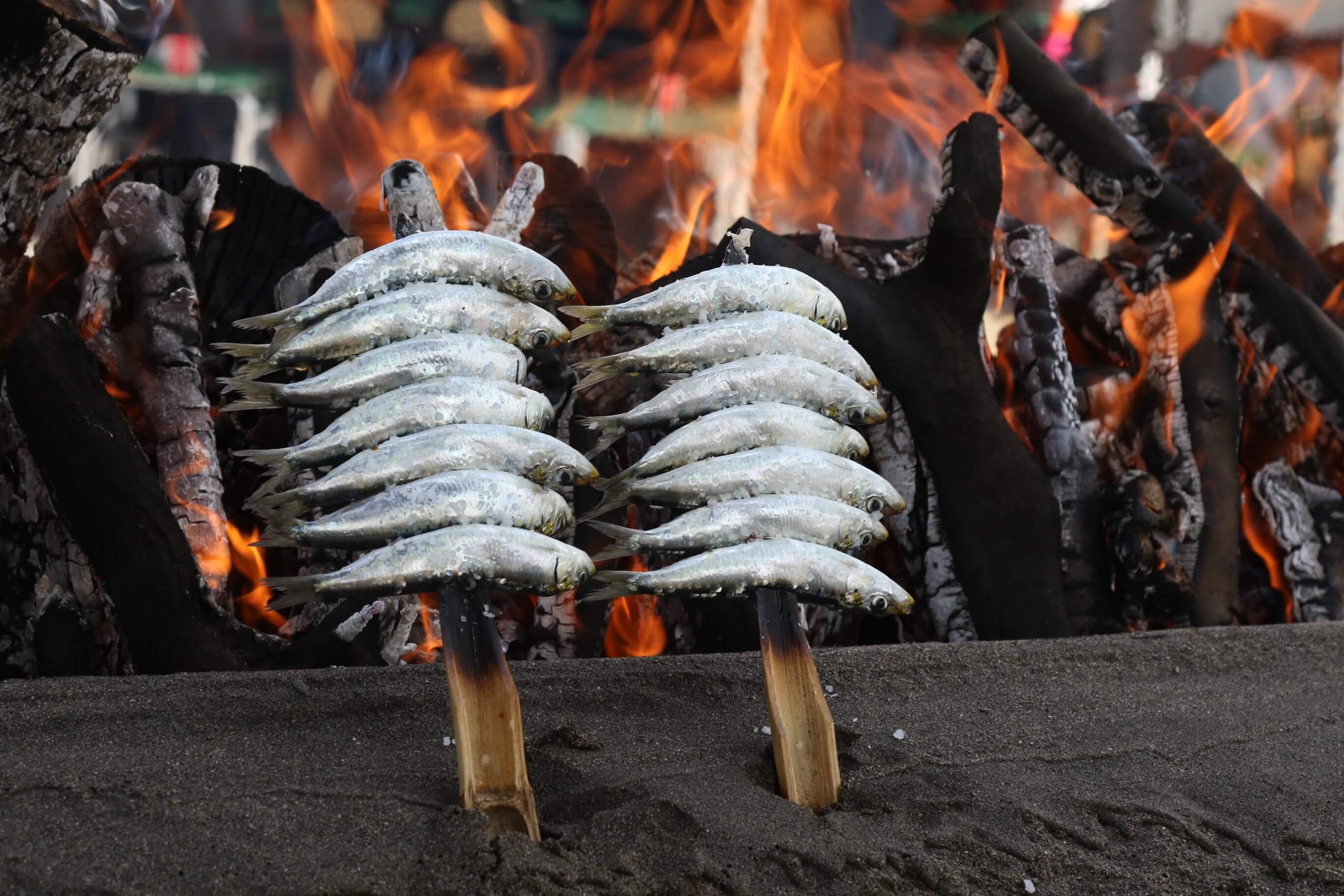 Spain is home to many unique culinary traditions that you simply have to be there to try. One of our favorites are espetos. These are special Spanish sardines found across Malaga. They’re perfect enjoyed near the very sea they came from! Eating espetos is a distinctly local and historic culinary tradition. On our Delectable Destinations trip, we know just where to go to eat these charred to perfection on the grill. 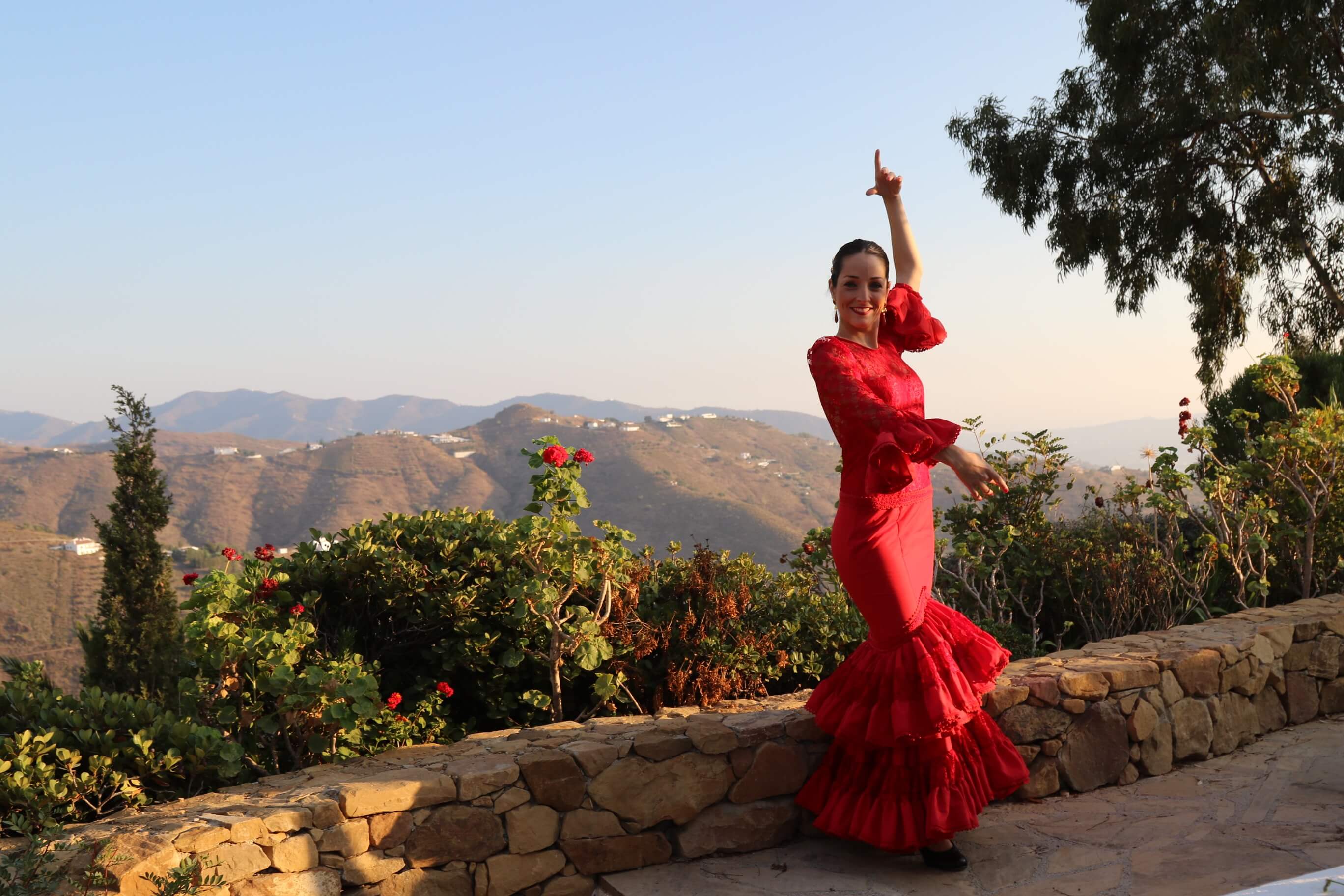 As mentioned, Spain’s unique geographic position means it’s a hotbed of cultures from far and wide, as well as many that can only be found on the Iberian peninsula. One such cultural activity is flamenco dancing. If you’ve never been entranced by Spanish guitar with the sound of heels stomping rhythmically as a second instrument, you’re in for a treat. Flamenco is an art form and an incredibly difficult form of dance from Spain, most notably to its Andalucia region. It originates from the traditions of the Andalucia Roma (gypsy) people mingling with Spain’s Sephardic Jewish and Moorish populations. It’s entrancing, bewitching, and oh so Spanish. There’s nothing quite like a night of flamenco over delicious Spanish food and wine!

Salivating yet? Interested in our next Spain trip? Join Delectable Destinations’ founder for a culinary experience that includes dining with Michelin-rated chefs, cooking paella in an outdoor kitchen on the terrace at your villa, Flamenco nights and delicious tapas tastings.