Thinking of Ireland may conjure up images of the scenery, the culture, the castles, and the romance of the wild Atlantic ocean. What it may not bring to mind is an incredible foodie destination, however, what our guests found out on our first Delectable Destinations trip to the Emerald Isle is that it is in fact all of the above and more!

Ireland has increasingly become a popular travel destination, known especially for its rich landscapes and rugged coastline. The second largest of the British Isles, Ireland draws travellers in with its rich history, unique culture and friendly locals, who are quick to offer a céad míle fáilte (kade meela fall-cha) – a hundred thousand welcomes. A land of legends, leprechauns and fairies, Ireland is truly a spellbinding place. It has also long been home to an epic array of literature, art and music. Our inaugural trip to Ireland was far and away a great success, and we’re dreaming of returning to the country for more in 2022. Read on to discover more about this magical island nation and who knows – you may just find yourself exploring Ireland as part of a Delectable Destinations tour in the future. 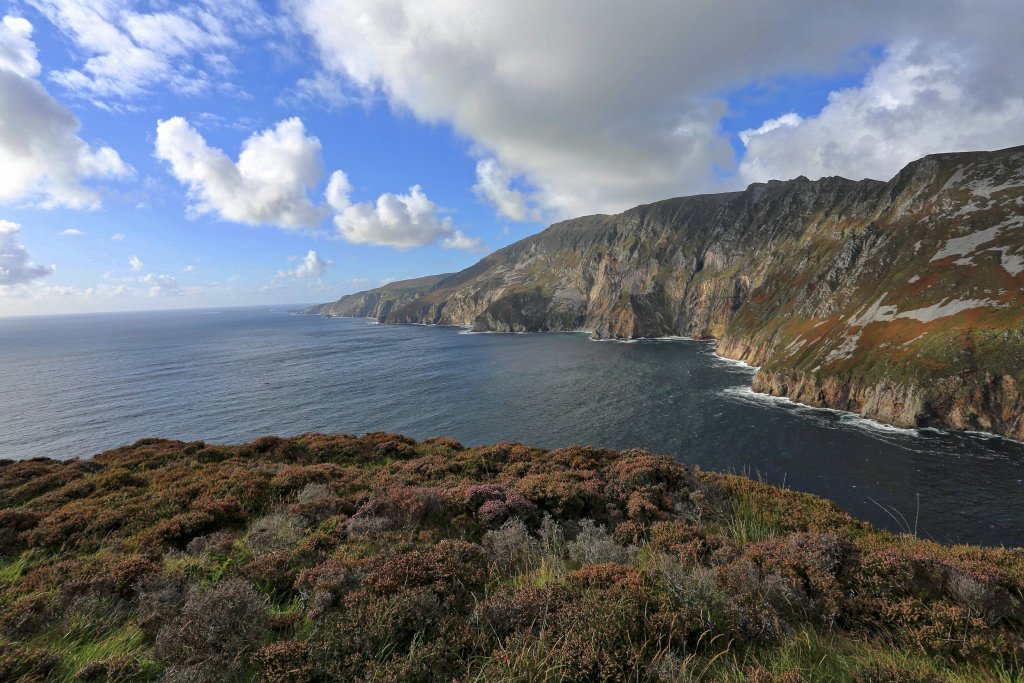 Many will have heard of Ireland’s “Wild Atlantic Way”, the 2,500 km driving route that reaches the northern and southernmost points of the island. Whether you’re looking to explore the ruins of ancient kingdoms, take in traditional Irish music at the pub or pay witness to iconic lighthouses, this coastal route is chock-full of magical authentic experiences. Starting at the very north of the country, there is no Irish county more unique and more majestic than Donegal, where we spend a week exploring the dramatic landscapes and deeply embedded art scene as part of our one-of-a-kind cultural and culinary experience. Named after the town of Donegal in the south of the county, it has at times also been known as County Tyrconnell, after the historic territory and kingdom of Gaelic Ireland. Donegal County topped National Geographic’s Cool List in 2017, and we can absolutely see why. 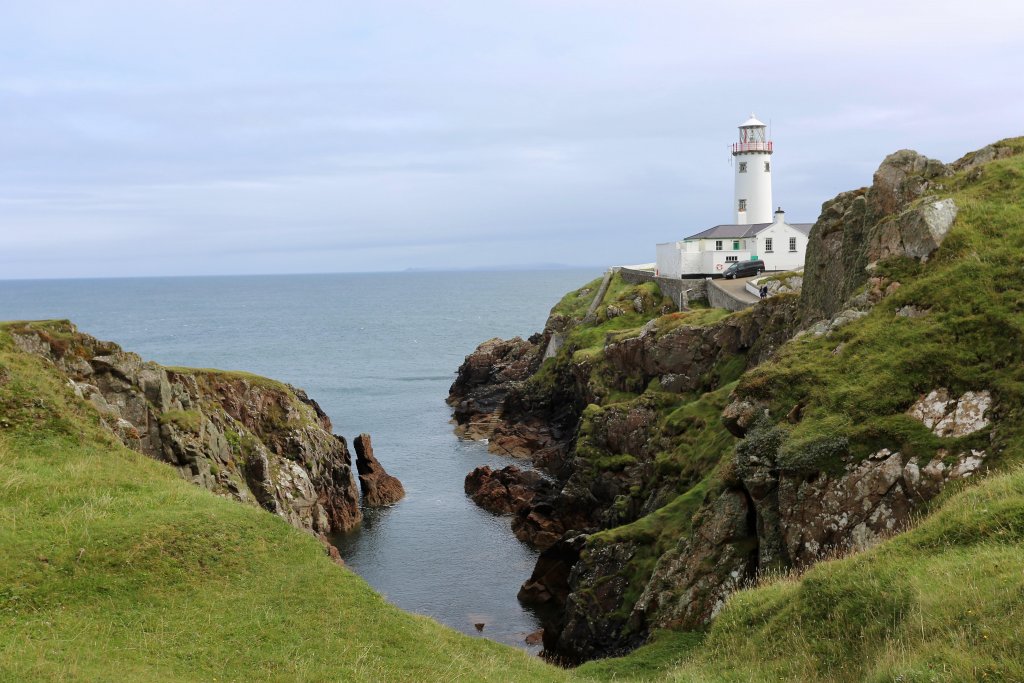 Donegal County is a diverse and relatively untouched corner of Ireland, the perfect destination for the culturally curious and lovers of the great outdoors. Historically cut off from the rest of Ireland, Donegal remains a lesser-frequented gem. Its landscapes lend the most surreal backdrop to days spent rock climbing, surfing, or golfing on one of its signature exquisite courses. Culture strikes a unique beat in Donegal, and our brains are already buzzing with ideas for unique artistic experiences that we can include on future trips. One of the activities we’re dreaming up? A day where guests will get the opportunity to be an artist for a day with Janet Ross, artist of ‘The Disappearing Landscape’ who is renowned for her serene reproductions of the Atlantic. This immersive experience, in which Janet guides participants in painting a landscape that truly captures the unspoiled beauty of Donegal, is once in a lifetime. At the end of it all, your personal artwork will be completed by Janet, framed to museum standard and shipped directly to your homes – the perfect souvenir!

The Food Coast – An Unexpected Surprise 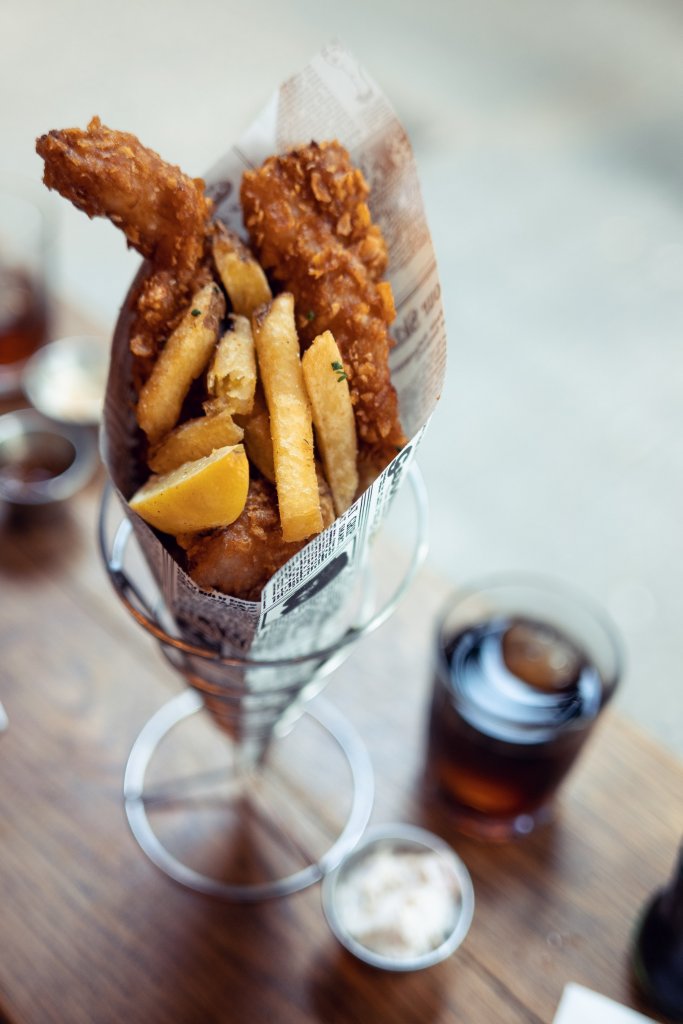 Donegal is fast becoming known for its glorious food scene and award-winning chefs and restaurants. While Irish cuisine isn’t necessarily top of mind for many, our guests were all delightfully surprised to experience the country’s unique and budding food culture. As with all Delectable Destinations trips, our culinary experiences were handpicked by Carol. 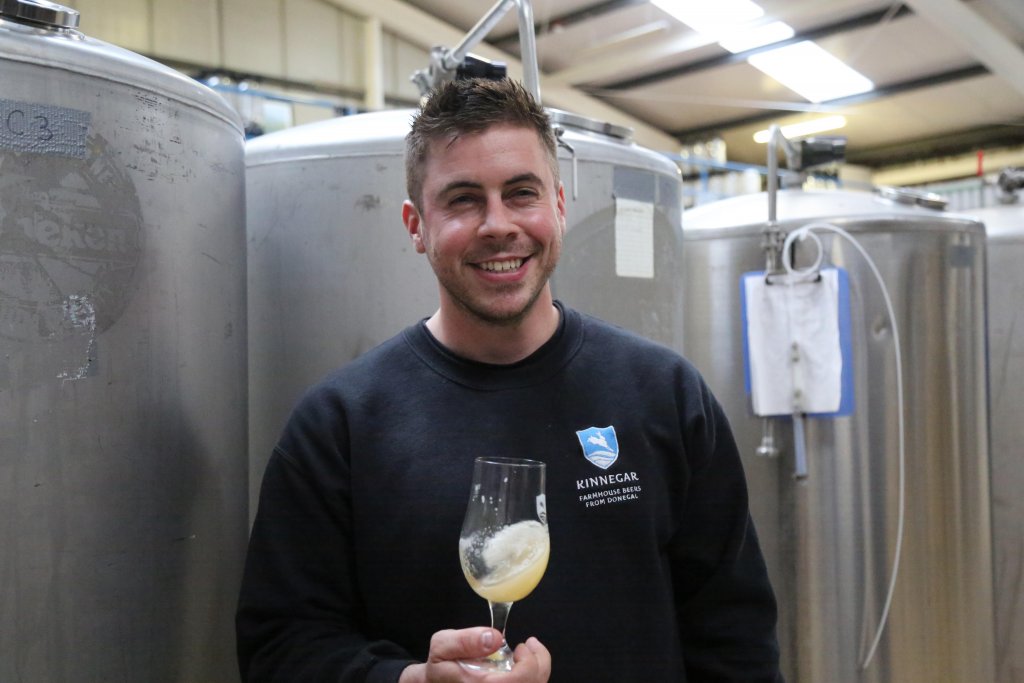 Imagine eating delicious pancakes with decadent toppings in the middle of bogland in the Derryveagh mountains, visiting an artisan smokery to learn (and taste) how wild Irish salmon is smoked in turf, and taking a timeout at a traditional thatched pub for a pint of Guinness. Our meals ranged from traditional fare to fine dining, with unrivalled garden to plate experiences and an exceptionally high standard of natural ingredients thanks to Donegal’s unspoiled environment and diverse landscape. Whether it’s mouthwatering chowder, fresh oysters or an unbeatable plate of fish and chips, the culinary scene in Ireland is growing fast and will not disappoint!

The sinking of the RMS Titanic on April 15, 1912, is undoubtedly one of the most famous maritime disasters in history. The ship that was called unsinkable struck an iceberg on her maiden voyage from Southampton to New York City, sinking and killing over 1,500 of those onboard. The tragedy has been immortalized in fiction and non-fiction alike, most famously in James Cameron’s 1997 film Titanic. 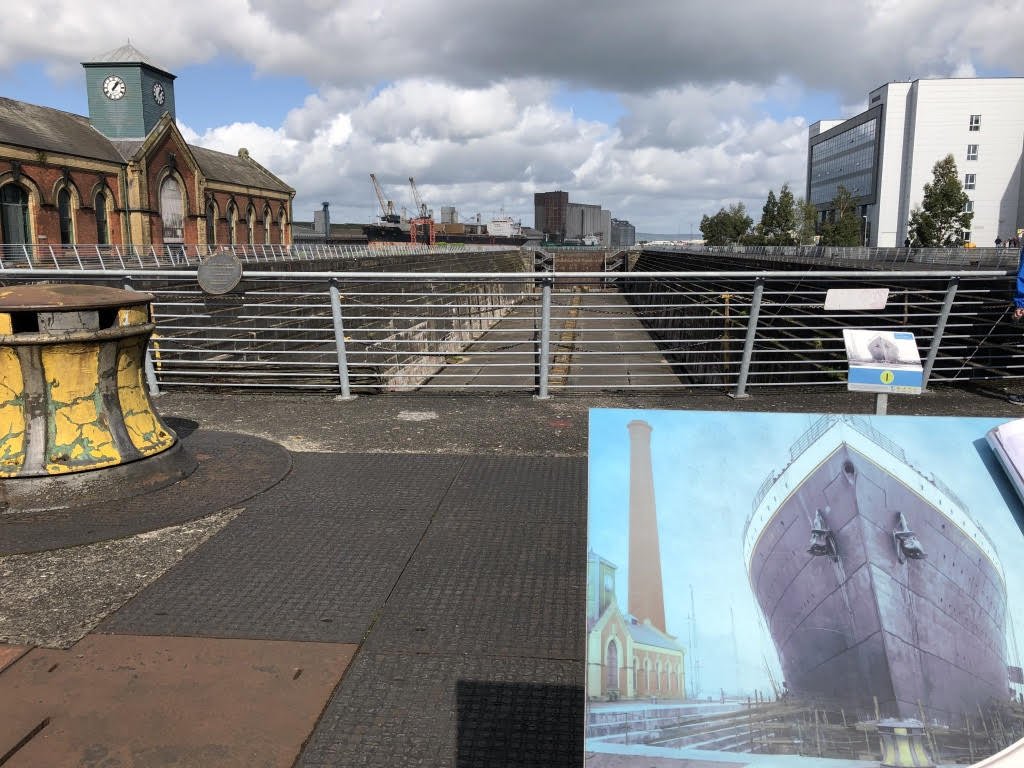 At its time of construction, the Titanic was deemed to be one of the most luxurious and safe ships ever built, constructed on Queen’s Island – now called Titanic Quarter – in Belfast Harbour. The Titanic took 26 months to build, alongside her sister ship the Olympic. The very dockyards where the Titanic was originally built are now home to Titanic Belfast, the world’s largest Titanic visitor experience. Our trip to Ireland was customized to end in Belfast to allow for an intriguing, private tour of these dockyards. If you’re interested in learning more about the Titanic’s history, be sure to contact Colin at Titanic Walk next time you’re in Belfast! The history and mystery of the Titanic truly pulls you in, and there is no better place to experience it than right in Belfast. 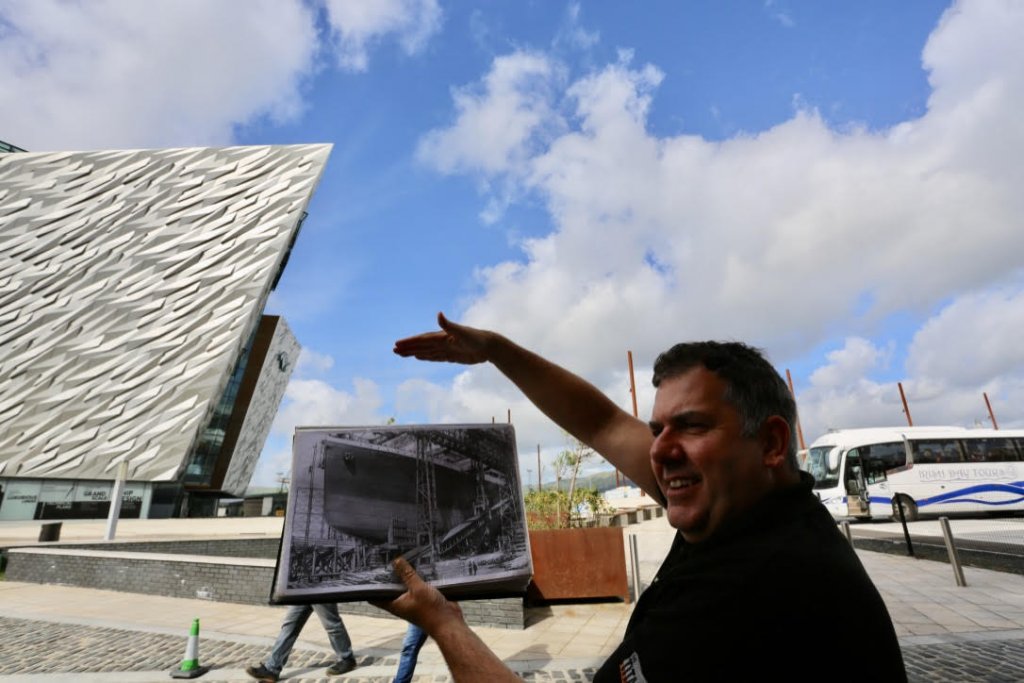 While many visitors to Ireland are drawn to the miles of coastline and lush green landscapes, its cities are not to be missed. Dublin, the capital city of Ireland, is as intimate as a village and as friendly as your local Irish pub. A visit to The Fair City will reveal its many layers of history, energetic nightlife and vibrant pub culture. Soak in the history by day, dating back all the way to the 13th century, then spend your evening enjoying a Guinness or Jameson while listening to some live Irish folk music. 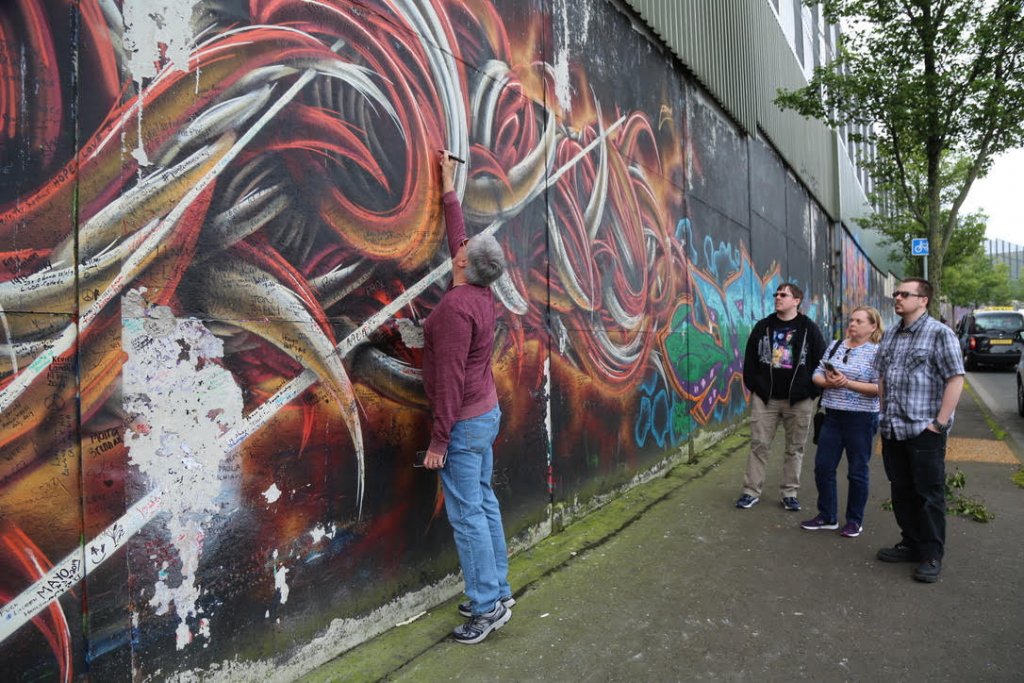 Signing the Peace Wall in Belfast

Another Irish city to add to your itinerary is Belfast, the capital of Northern Ireland. Belfast has lived through a great deal of turbulence and violence with the partition of Ireland in the 1920s, however, it has transformed into a very hip town with plenty of sights to see. After you’ve revelled in the Titanic Experience at Titanic Belfast, explore the murals and peace walls of West Belfast, the Queen’s University area and Belfast Castle. The city is also known for a thriving visual arts scene and its many festivals, so be sure to check your calendars to see what’s on at the time of your trip. Other endearing Irish cities to visit include Galway, Cork, Killarney – no matter where you end up, we’re sure you’ll depart with plenty of tales to tell and a wish list for your next trip back!

Have you been to Ireland yet? It’s one of the many destinations we can’t wait to get back to – stay tuned for more updates on future Delectable Destinations trips!

Please comment below or feel free to reach out to us for more information about Ireland and our tours.